In the racing sector, we are always looking for the best performance and therefore, the best materials. In fact, not satisfied with the tires that the market offered at that time, dad Umbro used his skills to develop the first tires made with rubber compound instead of a sponge. The first prototypes were made, as in the best traditions, in the home garage and with the contribution of all members of the family.

Soon, that intuition of Mr Umbro Pauselli, initially developed only to meet his son’s request, was transformed into a production activity performed with self-produced machinery and at an artisanal level.

The first productions had a unanimous consensus from the whole R / C community and gave way to the foundation, in 1990, of PMT – Pauselli Model Tires which immediately began to be recognized as a brand of excellence in the world of modeling.

And this is how PMT was born from intuition and natural propensity of Mr Umbro Pauselli to “ go a little further”. 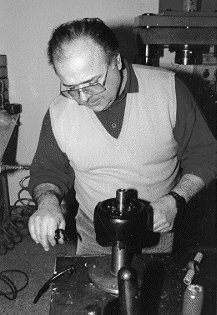 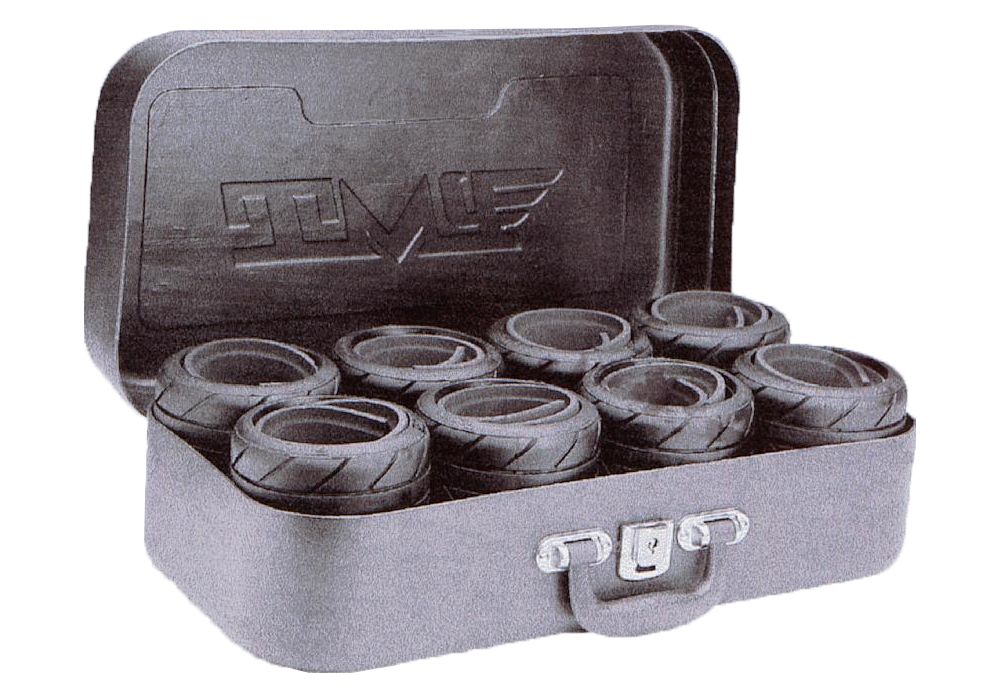 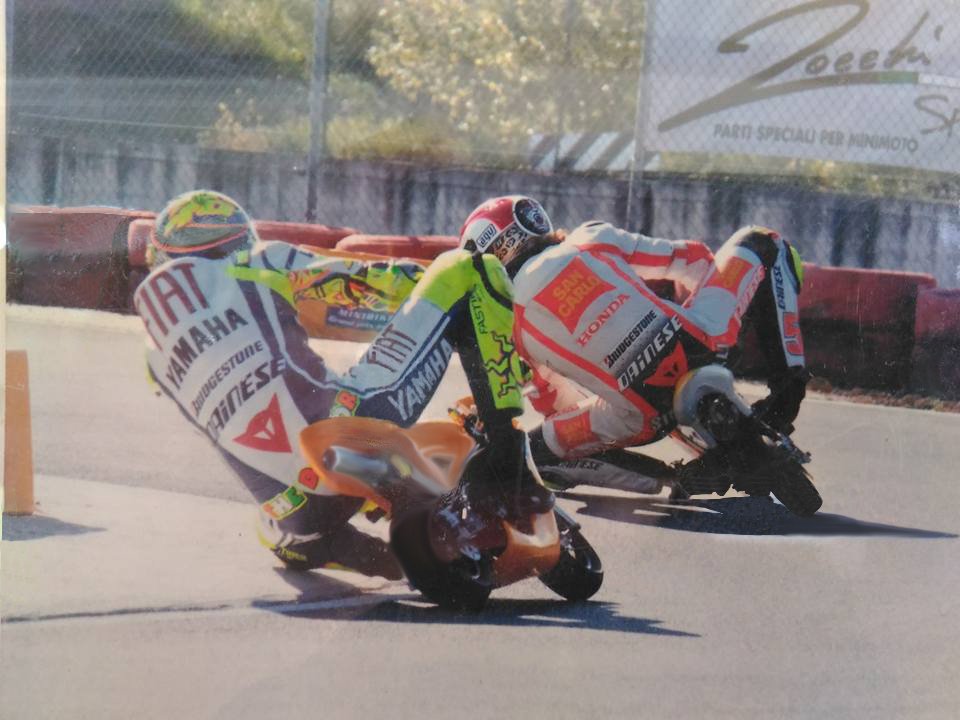 In the early nineties, the first minibikes burst onto the Italian market, initially imported and then subsequently produced by the historic Marche-based company Vittorazi Racing, led by the well-known entrepreneur Vittoriano Orazi.

From the collaboration with Vittorazi Racing, PMT began to design and produce tires for the minimoto sector, immediately adopting what will be the distinctive character of all PMT production and ie the construction of the radial tire rather than conventional.

This characteristic of PMT tires will be, in the years to come, the key element that will allow the company to establish itself as a leading manufacturer of small racing tires.

The PMT developed the new production line dedicated to 6.5 “completely from scratch and all in-house. The machines, still in operation, are unique in the world.

The new millennium brings with it many changes. Thanks to its leadership in the small tire sector, PMT starts experimenting to broaden its horizons.

In 2003, thanks to the development of its own compounds and the increasingly consolidated experience in the design of scaled tires, PMT was commissioned by BMW-Sauber to develop and produce small-scale tires, which could be used by the F1 team in all tests. interior of the wind tunnel.

Thanks to the new skills acquired and the ever-increasing demand for our tires, the production of 10-inch tires was an “obligatory” step. But as in any self-respecting show, the turning point in our history came in 2007 and the stage where all this happened was the Polini Italian Cup.

The 2007 edition saw us as protagonists for the first time and the competition was not a trivial matter. Sava, Bridgestone and Dunlop were present as tire suppliers. The small company from Aprilia, 40 km south of Rome, headed by its founder and with his family in tow, definitively left the mark and amazed all the professionals by winning and breaking every track record.

Following the success of the 10 “, Umbro and Alessandro Pauselli, sensing the new market trends and also the needs of the drivers, began the production of the 12” radial tire in 2009. The success of this product was instantaneous and allowed PMT to further consolidate its leadership in the small tire sector. 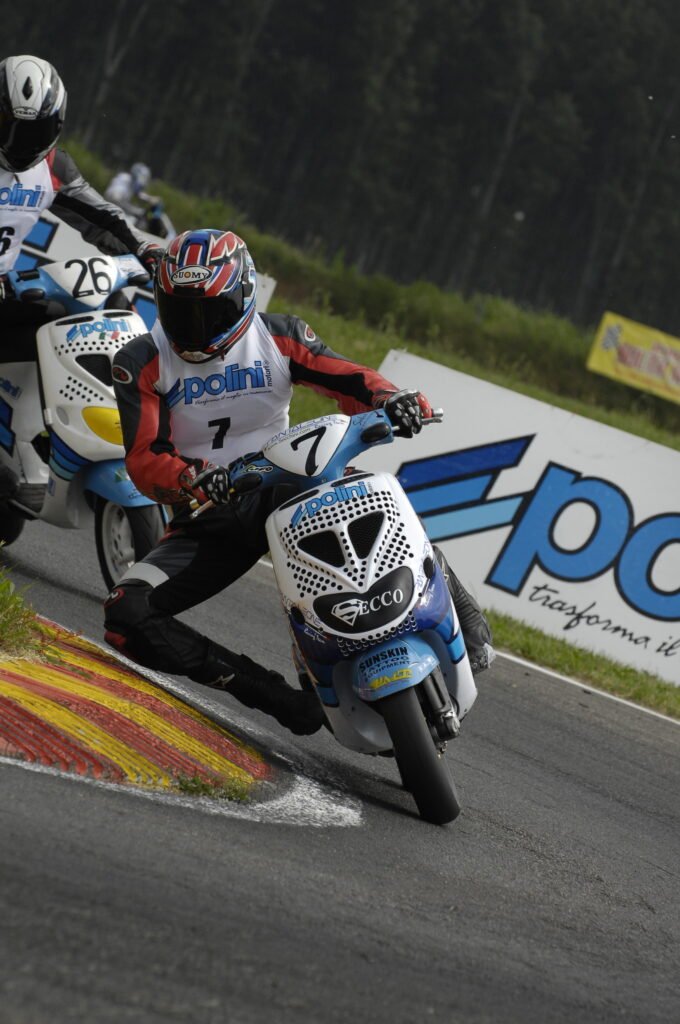 PMT is the only company in the world to produce 6.5 “, 10” and 12 “radial rather than conventional tires.
Contact Us 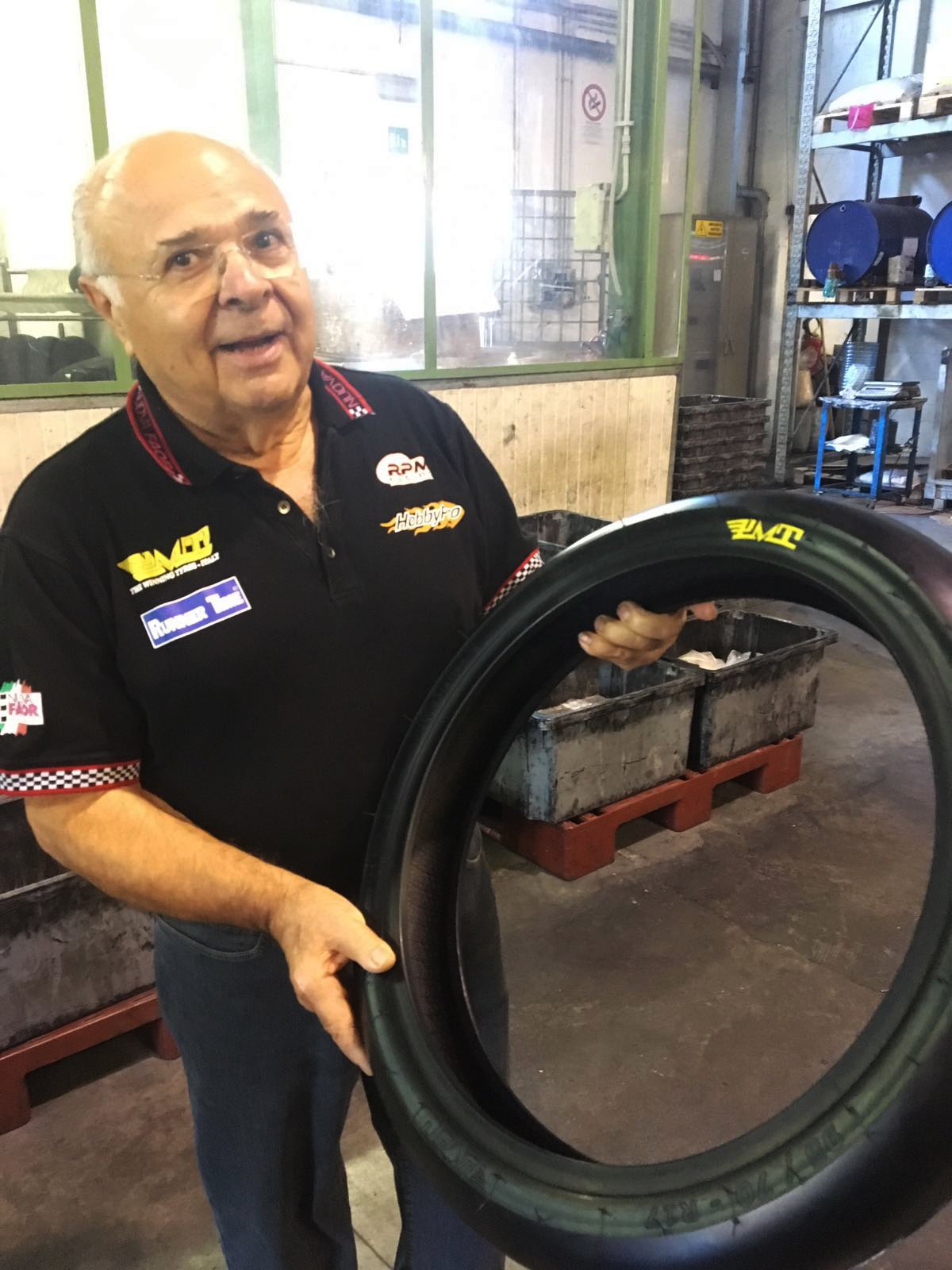 Today PMT is recognized as a leader in the design and production of competition tires, thanks to the successes achieved in every category where our tires have been used.

This was the result of a sometimes complex and difficult path, but every obstacle has always been overcome thanks to the experience gained, the continuous research, the investments made and above all the passion of an entire family.

The PMT brand has become a brand recognized all over the world thanks to the involvement of international federations such as Motoamerica, FIM and RFME, but also thanks to prestigious partners such as OHVALE and THUNDERVOLT by Loris Reggiani.

The successes achieved, the objectives achieved and the growing number of customers represent the stimulus for continuous growth. The development of new materials, the creation of new products and the search for always new solutions represent an ongoing challenge for the company.

Performance and quality are the fields of competition, and like the drivers, the PMT is never satisfied with a second place.